Planning for Next Season 2010 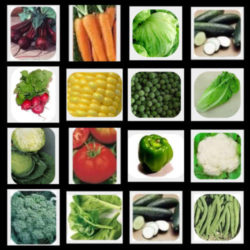 We have had some ups and downs this season and got to the point of almost giving up. Mostly because of lack of time and other committments. However I am now thinking about trying to do better next year. I am planning to have a think about what to grow and what to leave out. Some crops seem to need a lot of work for little return and may be cheaper to buy.

Onions is one crop I plan to leave out next year. I can buy a large bag of cooking onions for about £2 so breaking my back planting out onion sets seems a bad idea not to mention the cost of buying the sets in the first place. The crop is also uncertain with the onion fly rife on the site.

Potatoes is another crop that I am changing the rules about. I shall buy only first early seed potatoes and only grow in bags. I am thinking of sticking with Charlotte as they are tasty and reliable.

Runner Beans are easy to grow and soon lead to a glut and a full freezer. Changes this year will include building a new framework as ours was inherited and is now falling down. We plan to grow less plants and to change the frame structure from an upright double frame to a single sloping frame which will allow the beans to hang down. I also plan to grow my Sweet Pea plants amongst the beans next year. I have plenty of saved seeds so no costs involved there.

Broad Beans is a no no next year. Though a satisfying crop and easy to grow we don’t need to grow more until we have eaten those in the freezer.

Carrots are cheap to buy but fun to grow and not much trouble and I have loads of seeds still to use so no cost involved. The ones grown in the carrot bin were the most successful all season but the ones in the ground only good early in the season. The Autumn King came up diseased and were disappointing.

Parsnips are vegetables that we love the taste of but don’t seem to have much success with. I may have a go with a tall blue plastic bin which we have been using as a compost bin. It needs some drainage holes put in and then filling with sand and compost. Again these are quite cheap to buy so I shan’t bother to plant loads in the ground only to lose them. I have read that fresh seeds every year is best so I may be splashing out on new seeds. Maybe 19p from Netto.

Soft Fruit – One of our resounding successes this season has been the soft fruit grown in our new fruit cage. We worked very hard on building the cage this year.  We had loads of strawberries; red, pink and black currants; red, yellow and green gooseberries and black berries. We shall need to clear up, cut back the plants and feed the soil in the Spring but on the whole I am looking forward to lots more fruit next year with a fraction of the work. I still have fruit in the freezer to use over the Winter. The Rhubarb is in its own bed and looks after itself really. I have tidied it up and covered it with straw to over winter.

Tunnels/ Brassicas/ Peas  We have two tunnels, one on each plot, which need tidying up and rotovating. I think I shall erect a low trellis along the sides of both of them to grow peas. They are both used to grow brassicas throughout the season. More thought will be needed about spreading the planting of the brassicas next year to fully utilise the tunnels without having to erect smaller cages for plants left over. Maybe rather than ordering loads from Marshalls we could just buy a few at a time from the local nursery.

Beetroot is an easy crop to grow and we usually grow them in succession in any odd spaces we have available. I still have seeds left and so shall use them up. We have Detroit and Woden which have both been good this year.

Courgette is another plant that is easy to grow and we have a raised bed which we always use for them. We need to top up the compost with plenty of organic matter over the Winter. This year although we planted five plants only one reached maturity. We still had more than enough courgettes to eat.