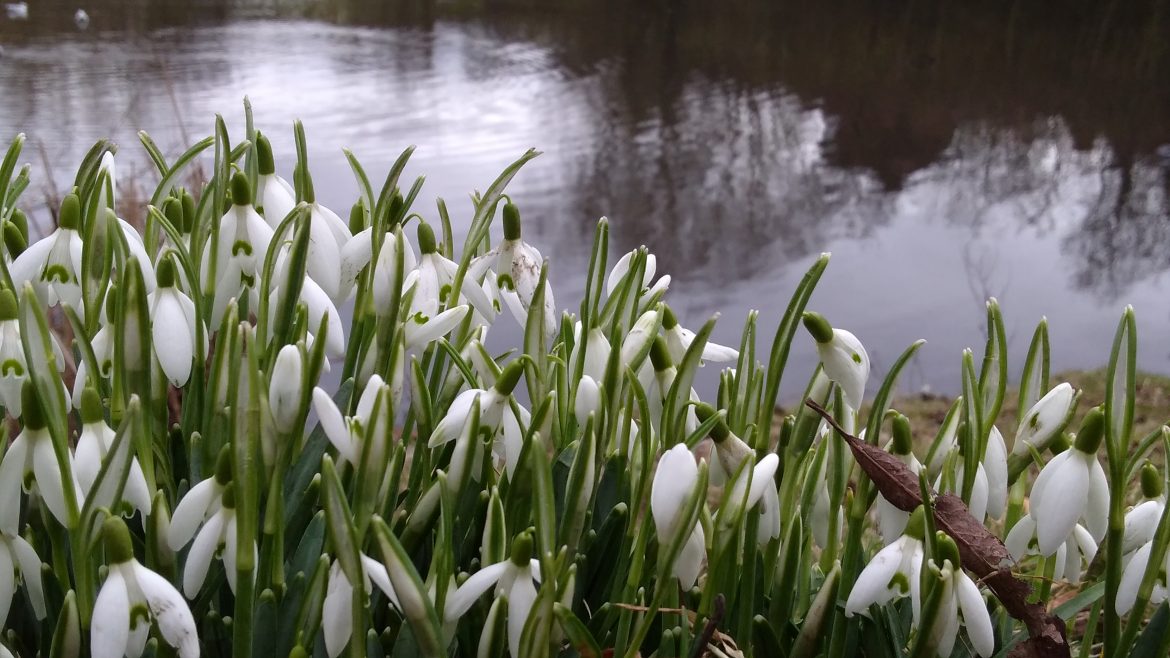 I have quite a lot of bulbs already in the garden both in the ground and in pots. However I couldn’t resist a few more and have bought some single snowdrops, Russian Snowdrops and Iris bulbs. Now I have to decide where to plant them. My other hesitant purchase was English Bluebells. I already have some very old Bluebells in the garden so I must be sure not to plant them too near to each other I think. My garden is quite small but my appetite for flowers is enormous. Laura has also caught the bug and has bought Glory of the snow and Honeybells, a new one to me. Update – Most of the new bulbs are now either in the garden or in pots.

Glory of the Snow

Our other passion has been seed collecting. As well as collecting as many as we can from flowers in the garden, which is very rewarding, we have been known to steal the odd seed head from friends. Whilst watching Gardeners World last week I saw something that made me smile and think, why didn’t I think of that. There was a couple who had dedicated their garden to perennials and wildlife. The lady shocked me when she said when my flowers have gone to seed I simply cut off a stem that has seed heads forming and push it into the ground where I want the flower to grow next season and let nature take it’s course and the seeds gently fall exactly where I want them to grow. Well, it’s so simple I just had to try it out. I tried it with Japanese Anemone, Black Eyed Susan and Verbena Lollipop. I will update this post next year with results.

The Science – A mature seed typically consists of a mature plant ovum containing a minute, partially developed young plant, the embryo, surrounded by an abundant supply of food and enclosed by a protective coat. Plants that seed are divided into two main groups: the gymnosperms, primarily cone bearing plants such as pine, spruce, and fir trees, and the angiosperms, the flowering plants. The gymnosperms have naked ovules which, at the time of pollination, are exposed directly to the pollen grains. Their food supply in the seed is composed of a female gametophyte, rather than the endosperm found in angiosperms.

In angiosperms, seeds develop from ovules that are enclosed in a protective ovary. The ovary is the basal portion of the carpel, typically vase shaped and located at the center of the flower. The top of the carpel, the stigma, is sticky, and when a pollen grain lands upon it, the grain is firmly held. The germinating pollen grain produces a pollen tube that grows down through the stigma and style into the ovary and pierces the ovule.

Two male sperm nuclei are released from the pollen grain and travel down the pollen tube into the ovule. One of the sperm nuclei fuses with an egg cell inside the ovule. This fertilized egg divides many times and develops into the embryo. The second male nucleus unites with other parts of the ovule and develops into the endosperm, a starchy or fatty tissue that is used by the embryo as a source of food during germination. Angiosperm seeds remain protected at maturity. While the seed develops, the enclosing ovary also develops into a hard shell, called the seed coat or testa.