June is Busting Out All Over

These are the parsnips that I chitted at home. They were a devil to transplant but look worth the effort now. The curds are forming in our first caulis of the season.

The flower bed is quite overcrowded and has been left more or less to its own devices but is doing its job in attracting the beneficial insects to the plot.

We had a massive thunder storm yesterday with torrential rain and so the plot got a really good soaking. I went down this morning for a couple of hours and put in some plants and did a bit of weeding and tying up. Everything is growing well now and we have brought home quite a few of the salad leaves and butterhead lettuce. The potatoes are looking good too with quite a few flowers appearing. I couldn’t wait and had to have a little feel around in the bags and bring home a small harvest of Sharps Express to put on our lamb chop dinner tonight. Jim gave us a lovely cabbage from his plot so that will also go on the plate tonight. Whilst I was weeding in the brassica tunnel I noticed small curds forming on the cauliflower plants so it wont be long before we shall be eating them. The warm wet weather is perfect for growing and it is very satisfying to see everything coming on so well.

Today, 28th May, I have received the cauliflower plants that I ordered from T&M and they look brilliant. Healthy and ready to be planted out as soon as the beds are ready. They are an F1 variety called Skywalker and should be ready to harvest in October. Update – we planted these yesterday, 2nd June, under a covered tunnel along with nine cabbages given to us by a friend. Update 12th September – we have harvested several of these already and they have been outstanding in size and quality. Maturing in October this outstanding hybrid gives fine, deep white curds of excellent eating quality. 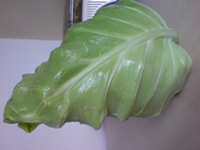 The first brassica seeds have gone in today. In a tray of John Innes Seed compost I have sown two rows of Brussels Sprout Noisette and two rows of Evesham Special. Seedlings should appear in two to three weeks and they can be grown on until late April to May for planting out in the tunnel and hopefully for Harvest from September to December. update on germination – Evesham Special (new seeds) 100%; Noisette (old seeds) 1%.

In the same tray I have sown one row each of Cauliflower All The Year Round, Cabbage Primo ll and Cabbage Glory of Enkhuizen. All for Summer Harvest. update on germination – Cabbage Primo ll  (new seeds) 100%; ATYR & GOE (old seeds) nothing.

Yesterday was a lovely warm day but as Rob had to work a double shift he wasn’t home until 7.45pm. We went straight down to the plots when he got back and spent a nice hour watering the plants that are under cover and the seedlings then planting more pumpkins, five Cauliflower Moby Dick, five Cabbage Kilaton F1 and twenty five Lettuce Delicato. We brought home a bag of salad leaf and a few globe raddish to go with our very late evening meal.

Six seeds of the Cauliflower Snowball went into a root trainer today and will be germinated in cool conditions. I had sown the seeds and was desperately short of an elastic band to secure the plastic root trainer. I had the great idea of looking outside for a couple of those red ones the postman is always dropping in the street. One of my neighbours was taking her daughter to school and I saw them looking over at me scouring the floor so I explained to them what I was up to. Imagine my surprise when a few minutes later the door bell rang and there was little Amelia with just what I needed saying, “I found it for you.” What a sweetheart!

Cauliflower is a cool-season crop it thrives in temperatures between 14°C-20°C. Time the planting of cauliflower so the crop does not mature in hot weather as hot weather will stunt heads. For an Autumn crop sow seed in early to mid-summer. Plant fast-maturing cauliflower varieties in spring or Autumn. Any variety that requires more than 80 days to mature should be planted for Autumn harvest. Purple varieties are both heat and cold tolerant.

Tip – Apply a foliar feed during Summer. Cauliflower plants respond very well to this as more nutrients are absorbed than by feeding at the roots

We had a bit of a darts match on Saturday night and after Jan had shown the boys how to do it by winning the first run, Rob turned out to be top scorer by winning the final match. We had a very good night with plenty of eating, drinking and laughing. Libbie stayed the night which was lovely as she hasn’t stayed for ages.

Sean and Deb couldn’t make Saturday so they came to dinner on Sunday with Jem. They always come loaded with presents and this time I got loads of flowers, a book to read. a sensitive plant, and a lovely chocolate cake chosen by Jemima. So all in all we had a busy but happy weekend.

Rob and I popped to the allotment at dinner time today to take the poo buckets etc and came home with a bag of beans the last of the tomatoes and the first of our new cauliflowers out of the tunnel on plot 8. 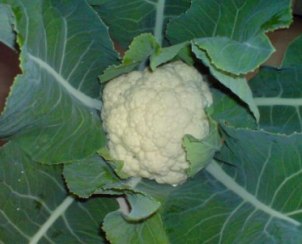 In complete contrast to yesterday we worked at the plot today in torrential rain. Rob pulled up the rest of the pea plants and I sat in the shed doorway and pulled the pods off. We filled a large washing up bowl. The peas were growing around the inside of the second brassica cage so after Rob had pulled them up he pulled all the weeds too. When we left it looked really tidy with quite a bit almost ready to harvest.

We brought home two cauliflowers, one we shall eat with our evening meal and the other will be put in the freezer. The plants we put in yesterday on plot eighteen were looking good and seemed to like the rain. The rain hasn’t let up all day and the garden at home is like a swamp. Luckily the allotment plots are on a gentle slope so no waterlogging there, thank goodness.

Rob planted fifteen potatoes British Queen on plot 17 while I just pottered about doing a bit of hoeing and weeding. British Queen is described as a superb flavoured mashing potato originating in Scotland. In Ireland it is known as “Queens”. It is fairly susceptible to blight but matures quite early. The flowers are white with yellow centres, and the haulms are fairly light. The texture is light and floury. Said to be the best mashing potato, fluffy and white with very good flavour. Also steams well, roasts well, bakes well. Bred by Archibald Findlay. 1894.

The brothers gave us six cauliflower plants and eight summer cabbages and we gave them six eggs each in return.