We bought a bag of Snowball onion sets from Lidl. I have placed them into damp compost in two flats to hopefully swell out a bit and produce some root growth. They are destined for the allotment, The flat that I kept indoors, all the smaller ones, have produced roots and green shoots but the bigger ones outside don’t seem to have moved.2nd April and 60 of these onions are now in place at the allotment with another tray still waiting to be planted. They had all made a very strong root system so I feel for 89p were a very good buy. We covered the bed over with protective cage to keep the pigeons off.

Snowball is a medium sized onion and stores well. A Reliable variety with flattened bulbs and a mild flavour. Slow to bolt, each bulb can weigh more than one pound. White papery skin and a slightly sharp, clean, flavour. Amaryllidaceae Allium cepa,

We have started to think about the new season. I know it is too early yet to sow seeds and I am determined to be patient. First thing on the agenda is to get the seed potatoes and start them chitting in egg boxes on the window ledge. I am sticking to earlies only again this year and planting them all in bags. My favourites from last season were Vivaldi, grown from potatoes bought from Sainsburys and Sharps Express, bought as seed potatoes from Focus. I am just growing those again this season. The second task is to get the parsnip seeds in in February if we have a fine dry day. 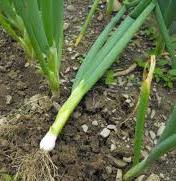 I intend to have another go at onions from seed as I have good seed left. Last years were not too good and got neck rot and went soggy before we could harvest them. I am not sure what I did wrong but will have another go.  I have Onion Ishikura, Ailsa Craig and a Sweet Spanish Onion. My instructions say sow very thinly in February under cloches or March to April out in the open. Ishikuri are salad onions and are meant to be harvested as spring onions, when they are about six inches high and pencil thick.  Ailsa Craig and the Spanish Onion are mild cooking onions which stay in the ground longer and are harvested when they have formed a large bulb. I have just read that the Ailsa Craig are known as Winter Onions and so should have been sown in the winter ready to grow on and harvest the following Autumn.Because of Christmas, very bad weather and flu I haven’t been to the allotments for a few weeks so I am looking forward to my first visit of the year. I am sure there will be lots of tidying up to do but hopefully a few nice surprises too.

Rob has next week off work and we have so much to do. We have to plant the overwintering onion sets. Onion Troy, a brown onion from Marshalls, Onion Red Cross also from Marshalls, Onion Snowball and Electric Red both from Focus. It’s back breaking work putting them in and there are a lot of them. 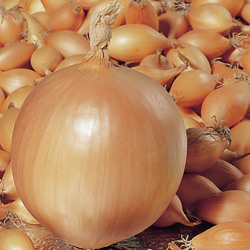 The other big job is to make a start on the new fruit cage. I doubt that it will get finished next week however. We dismantled the old one and plan to make the new one half as big again. We also have to finish the first tunnel as the door end is still not permanent. The last of the pumpkins should be ready to cut. Matthew and Libbie have already had the two biggest ones ready for Halloween. The last time we visited the plots the Butternut Squash Avalon was still producing fruit and although the frost had taken a few leaves they still looked rampant. They have been one of our successes this year. The rest of the work will be digging beds and tidying up. There is a skip on site at this time of the year and also a bonfire so we can get rid of any clutter.

Rob has finally finished the heartbreaking task of digging over the potato beds on plot 18. I suppose I shall have to start buying potatoes from Sainsburys again. Blooming Blight! Never mind. The plot looks very tidy and we are planning to put a few loads of horse muck on the beds ready for next year. We cut the one big pumpkin and delivered it to our nephew, Matthew, who had asked us to grow one for him for Halloween. I harvested the remaining few beetroot and pickled them. I picked a few nice runner beans again but I feel this may be the last of them. I have left some bigger ones on for seed. Also brought back two lovely pointed cabbages, one for us and one for Roy and Janice. The carrots and parsnips are doing well and we have decided that next year we shall sow the seeds then count the days and harvest at the recommended time rather than letting them get too big. We bought some onion sets today from Focus, one Radar yellow, one Electric Red and one bag of white Snowball. We plan to put them over on plot 18.

We dragged Sean down to parade round the lotty last night. He made all the right noises and said ooh at the right time so all was well. Poor lad. It was very hard going today as the sun was beating down and there was no breeze at all. Most of the plot holders were trying to sort out exhibits for the sandwell show and we were lucky to be given a reject parsnip which if we had grown it we would have considered superb. They were measuring their runner beans to match a perfect set while we were picking another bowl full to take home for eating and freezing. I don’t think we are cut out for the show life but we shall go to support the local one next weekend.

Keith had harvested his onions and they were laid out to dry in the sun. They were silky smooth, snow white and enormous. Whoops, sounds like a line up for a Disney film. We started by watering the bean trench then weeded it before picking the beans. Rob then moved on to the fruit cage and did a stirling job of weeding while I moved on to the watering. Everything was desparate for water and it was no easy task to keep walking to the butts and carrying the water to the plants. I was tempted to jump in and have a cool down myself. We watered the pumpkin, the melon and the butternut squash plants on plot 18 then finally covered another empty bed with weed supressant and came home hot but definitely not bothered to a hot drink, a nice snack and a bath.

We popped down to the plot this afternoon to see what could be done with the leeks and the onions. The leeks were well past help so we dug them up and threw them away. The onions looked worth saving so after cutting off the flower stems I bent them over at the neck and we have left them until we have a dry day. Everything else seemed to be holding its own against the torrential rain. Rob did some weeding in the fruit cage and the sweet corn bed while I watered in the lean to. I topped up the compost in the tomato pots and pinched out all the side shoots I could see. I brought a lettuce home for tea, more because I need the space than that it was fully grown. The one remaining courgette that we planted is looking very sickly so I topped up the compost in the raised bed and gave it a friend in the shape of a much sturdier specimen sown to replace the ones we lost. Let’s hope it will buck up its ideas now it has competition.

Although we were sure that last years Dahlias were all lost three green shoots have emerged and I plan to buy a few more plants from the garden centre to complete the row. In the bed next to them I planted a row of Limonium Sinuatum Statice which had been given to us by Trevor.

Filled an 8″ black plastic pot with compost and sowed spring onion white Lisbon seeds. They should be ready to eat in six to eight weeks. May do the same every few weeks throughout the season. The tomatoes sown four day ago are almost all through this morning. We spent a very productive three and a half hours at the plot today. All the first early potatoes are now in the ground. Lady Christl, International Kidney and Aaran Pilot, 35 in all. They should be ready to harvest in ten weeks time.

The 2nd September, Rob’s birthday and the Wollescote show. We had a laugh with new friends and paid over the odds for auctioned flowers, vegetables and a birthday cake.

4th September – Planted broad beans they should be ready to harvest from February 2007. 16th September – We put up the gazebo and netted the sides, put down weed suppresant fabric and planted sixty three overwintering brassicas. They should be ready by March next year. Planted two hundred overwintering onion sets over three beds. Trevor finally moved his marrows and pumpkins so we were able to clear the ground. We lost all three beds of potatoes to late blight. We were advised to cut off all the haulms and leave the beds for two weeks before digging up the potatoes. We don’t expect to get any.