I have sown a tray of Tomatoes and Aubergines to replace my lost seedlings. The last of the Aubergine Mohican, some fresh seeds of Tomato Ildie, Tomato Tumbler and some old Roma seeds. I lost all my biggest plants by putting them outside too soon and being punished by a severe drop in temperature.

Tomato Tumbler F1 is a vigorous, trailing British-bred tomato ideal for hanging baskets and containers. One plant can produce up to 9 lbs of cherry-sized fruit in a single season. Grow one plant in a 14″ hanging basket. This is a bush variety and is very easy to grow as trusses do not require support and fruits without side shoots being removed.

The Roma Tomato is a plum variety that I have grown before and is good for cooking. Ildie is a tried and tested old favourite producing lots of grape sized fruit.

A Sudden Turn In The Weather

It’s 25th April and it’s snowing. Last night the temperature dropped drastically. The reason? I had potted on the Tomatoes and courgettes and planted some outside. Going against everything that I preach and paying the price. Also the Butternut Squash were  screaming to get out of their small pots and I was short of pots and compost so I risked putting some of them out too. I don’t think that I will get away with this mammoth mistake. Watch this space.

Regional Forecast for West Midlands. Cold and windy with wintry showers and some sunny spells. A strong northerly wind will make it feel cold for all of us. There will be sunny spells and scattered showers, locally heavy with hail and thunder possible. Some sleet or snow is also possible, mainly over higher ground.

Sow Gypsophila seeds on the surface of the compost in spring. Make sure that the compost is moist but not wet and seal in a polythene bag until after germination which usually takes ten to twenty one days. Do not exclude light which is beneficial to germination. Transplant when large enough to handle and grow on in cooler conditions. Later plant out in a sheltered spot. Plant out at about a foot apart. They may need staking against the wind if in an exposed position.

I have tried to grow these beautiful, herbaceous perennials before without success. This will be my year with them. These seedlings grow a deep tap root so need starting in a deep pot. They prefer not to be disturbed though. In March I may sow some seeds directly into the white border.

26th January 2017 about thirty tiny seeds sprinkled onto moist compost in a pint pot and enclosed in a polythene bag. All my seed pots are in the computer room and I try to keep the light on during these short Winter days. It is -4 outside this morning. 30th January and it looks like 100% germination already after only 4 days. I have taken them out of the polythene bag and moved them to the window ledge for light,

Well done Higgledy, 1000 seeds for £1.95 and 100% germination. I can’t wait for them to mature. Twelve weeks from germination I believe. 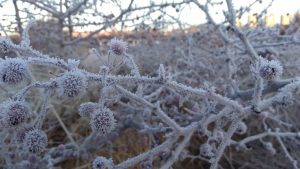 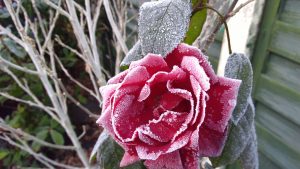 Another editor’s pick on BBC Weatherwatchers for Glenn. 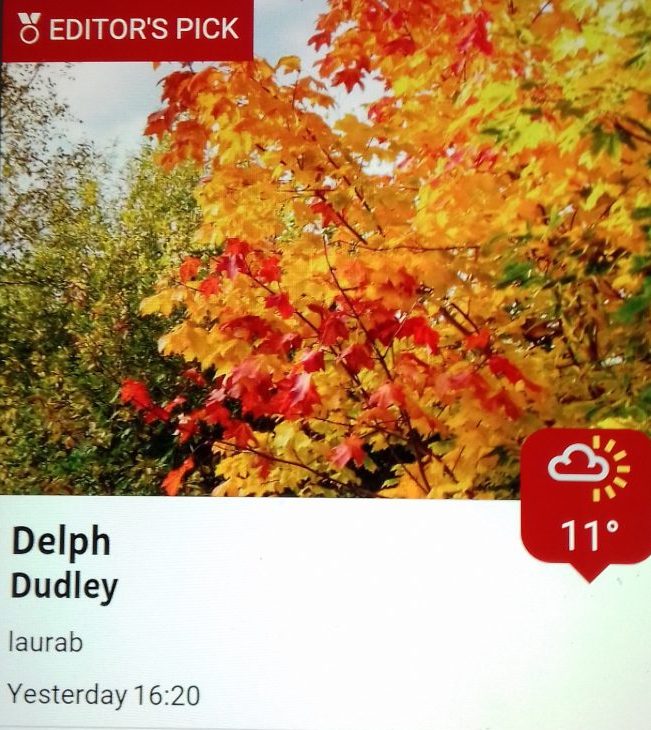 This is another photograph taken by Glenn and Laura that was chosen by the BBC for the Weather watch spot.

Glenn and Laura have had one of their photographs chosen for the BBC Weather Watch site. It has been used as a back drop for the local weather forecast.

We had a good couple of hours at the plot today. All the tomatoes are now in place in the lean to. The courgette plants are in their bed. Rob earthed up the potatoes which had put on a lot of growth following the torrential rain yesterday. We also topped up the potato bags. We came home with a cabbage, some spring onions and a bunch of raddish.

Today was another lovely day. A bit of grey cloud but warm enough for my first proper visit to the allotment. We did a lot of tidying up and digging over of beds. I brought back some bags of seed heads that had been left over the Winter to dry out. I have already put some Sweet Pea seeds to chit. They are a few Zorija Rose and some Pip Tremewan left over from last year. I brought home loads of Sweet Pea seeds but they will be mixed. I also brought home Lupin seeds but think that they have gone off. Time will tell. I will sow them and see what happens. The other seed heads were hard and round and I think they must be from the Alstroemeria. I don’t usually let them go to seed but pull them when they have gone over. The seed heads, if left, will explode and shoot their seed everywhere which is why the flower bed is always full of new shoots.

The Rhubarb plant is growing well even though we still have straw around it to protect from frost. I have bought two new crowns of Champagne Red and they look ready to put into the ground soon. We stayed for two and a half hours today and there are still loads of jobs to do. At home I have chitted some Hurst Green Shaft Peas and sowed them in trays ready to get a good start. I also have Broad Bean Witkiem Manita coming along in toilet roll tubes. I have sown the first four Tomato seeds, Black Cherry, bought fresh this year from T&M.